May 04, 2021
The best way to test accounts payable for understatement is subsequent disbursement testing - select payments made after the date of the financial statements. (Some people prefer confirming accounts payable but I find that to be ineffective.) Look at the supporting documentation and see whether it should be in accounts payable at the balance sheet date. If it should be and is included in payables, then great. If it should be and it isn't, that's a problem, especially if it's material. Let's assume it's recurring monthly expenses - say utilities. I'm auditing 2020. It's a ready-mixed concrete company, and the plan uses a lot of electricity and water. I'm performing subsequent disbursement testing and select the electric and water bills paid on January 25. I get copies of the bills, and they cover the entire month of December. I check to see if they are in accounts payable, and they aren't. The two bills amount to $60,000. Materiality is $35,000. Probl
Post a Comment
Read more 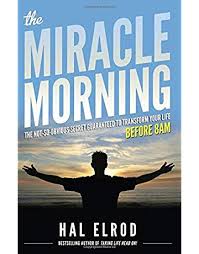 I read 48 books in 2019 totaling 13,235 pages according to Goodreads. 40 of them were read in the last four months of the year. Coincidentally, that was when I cut way back on my television watching. hard to say which books were the best, but there were three that had a big impact on me. #1: The Miracle Morning: The Not-So-Obvious Secret Guaranteed to Transform Your Life Before 8 am by Hal Elrod . A friend recommended this to me. I read it at the beginning of the year but didn’t do anything with it then. Let’s be real: getting up early isn’t for everybody. I am an early bird, but to do it would mean getting up even earlier. I reread it in August and started doing The Miracle Morning in early September. Elrod reviewed systems used by many people to succeed, put them together and came up with what he calls SAVERS: S: Solitude (or meditation) – 5 minutes A: Affirmations – 5 minutes V: Visualization – 5 minutes E: Exercise – 20 minutes R: Reading – 20 mi
Post a Comment
Read more